Or should that be site?

This post has been a long time in the making.

When people I know very well ask me how I’m doing, I go with the expected “fine” or “good, how are you?” so that I don’t have to explain anything.

It’s even harder to fake it when people ask me what I’m doing as a developer or designer. If the people that I’ve worked with and the people that I attended the coding boot camp with could see me now. Some of them know but it’s quite a small group indeed. 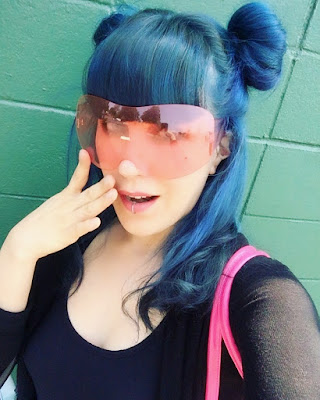 Sure I’m always working on web development, design, PHP, some Javascript + my WordPress skillset (been going on 10+ years at this point). However, Portland, OR isn’t exactly known as being a good place for women in tech. 🙁

I searched for that article but while doing so, I found this one, which gives me some hope.

There are plenty of resources on Google if you’re looking for the academic side of exotic dancing.

I’m not a women’s studies major. I don’t feel defensive. I’m a very part-time exotic dancer, what you might call a “stripper”. Many pretty girls in Portland currently are or have been in the past. Trust me, the pretty gal waiting at the bus stop with a backpack might not always be going to Reed College.

Yet some of the smartest and most compassionate people I’ve ever known have taken up space in a strip club. Supposedly there are 55 strip clubs in Portland. This city is unlike any other in so many ways.

I know of the strip club industry from my own experience + I don’t sugar coat anything. My voice is needed.

The first time I was a dancer was in Seattle in the late 2000s, after I’d escaped from L.A. a little shellshocked.

I’m older and more sarcastic than most.

Although technically I’m a WOC (woman of color), my passable and perceived whiteness affords me privilege that other women do not have + it’s especially magnified in the exotic dancer industry.

Don’t even get me started on body weight + the struggles of being “too” or “not enough”. For the record, I’ve gained 15 lbs. since moving here again. I can imagine certain people in L.A. telling me that I’ve let myself go.

Perhaps I’m also the soberest, so that brings an interesting nuance to my interactions at bars.

I don’t *need* to drink to do anything in my life at this point. Addiction is very real for many people in Portland, not just dancers + patrons of this industry.

What I’ve never understood is that cocaine hasn’t gone out of style. Now it’s super duper dangerous as I’ve been told it’s being cut with fentanyl. Wtf, people.

One epiphany I recently had about being a stripper is that it’s not only the perfect schedule if you need flexibility.

As a card-carrying member of the ADHD club, I know all too well what it’s like to be frustrated when I can’t manage my attention + occasional insomnia. Sometimes I feel I’m passible as a “normal” person when I need to be.

Sometimes that leads to minor episodes of depression + moderate bouts of anxiety about my future.

After all this time, I realize that I like challenging people’s antiquated beliefs about the whys of exotic dancing, but I’m not defensive about why I do it.

It keeps me in better shape, physically and certainly with my sarcasm. I’m very grateful that I haven’t had to deal with serious amounts of unsavoriness, although I do have several halls of fame stories that I’ll maybe share here someday.

This is a job I can leave once I cross the doorway out of the club to the real world, whatever that means to you.

There are no phone calls at 3 am when your latest production build goes awry. What nagging performance reviews? Do as I do, show up ready to work and on time + keep your chin up. Your self-esteem + your future depend on it.

Refrain from talking about others unless they’re sitting next to you. I’ve luckily avoided the persistent drama that way.

On the flipside, there’s no 401k, no workman’s comp + you have to pay to work at strip clubs. Real talk. The current club(s) where I’m working is the least exploitative in my opinion.

I’ve listened to horror stories of house fees and room rental fees (for private dances) at some other clubs. Sending a dancer home with less than $75 is despicable. Working a “prime shift” on a Friday night. One that involves at least 6+ hours of wear and tear on your body + soul. Again, WTF people.

In a parallel universe, I could be some fellow dancers’ mom.

My major pet peeve is that I could be rich if I had a dollar for every time I heard, “wow, you look great for ___.” For what, a human? A woman? A woman of a certain age, you mean?

I’m reluctant to tell people my actual age because ageism is all too real.

Now picture ageism in a strip club + then that shit goes into hyperdrive. Lately, I’ve been telling people because fuck it. Many times they don’t believe me and think I’m messing with them.

Most of the time it works for me when I meet older guys that are creeped out by dancers that are 24 + under. I’m not the best hustle queen + I don’t feel the need to compete with younger gals with their pole tricks. The shoes are hard enough! 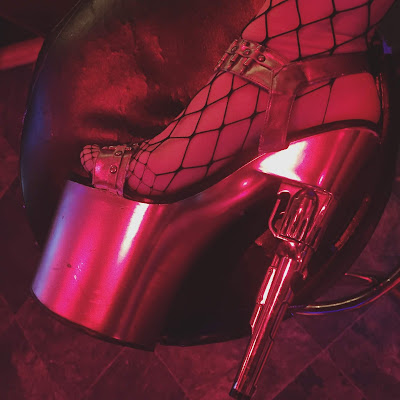